Does Gender Stereotyping Play a Role In Your Parenting 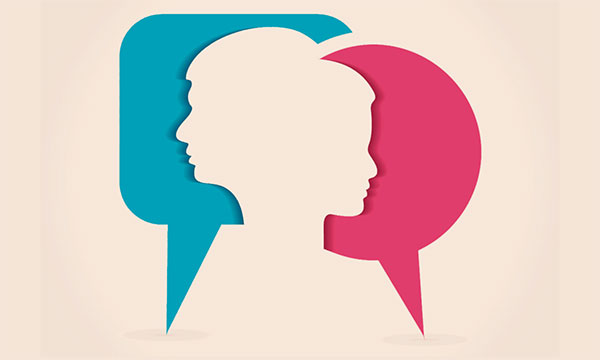 Does Gender Stereotyping Play a Role In Your Parenting

How is it that even to this day and age, all over the world, even as we acknowledge that there is no real difference in the abilities and interests between boys and girls, we continue to bombard our children with stereotypical gender messages right from day one? Before you deny this and protest that you are a modern day, educated parent please consider the following:

Our culture is saturated with stereotypical examples about gender and it's rather hard to ignore it. It's not a big surprise that we have the urge to generalize too. But it's crucial that we recognize the ways in which we can change these stereotypes in order for their personalities to flourish. This will enrich both boys and girls. As a child grows s/he should develop their own independent sense of self that will include their own individual gender identification. People believe that gender stereotyping affects girls and not boys. Not true. Boys also need to be liberated from gender stereotyping as much as girls, for them to function fully as human beings. How often have we told a boy not to cry like a girl, or face his fears as a man? Do we allow them to experiment with makeup and dress up as they like? Even if they did, they would face ridicule and pressure to conform from the outside world, and so we try to correct them to protect them from adverse comments.

Frequently we hear the phrase: 'Its a boy! Bring out the blues!' or 'Its a girl! Let's see the pinks'. People even wait to know the sex of the baby before painting the nursery the recommended color. Have you ever thought what would happen if you paint the baby's room in cross-gender colors? No big deal, right? Yet it would be treated like a sacrilege, evoke criticism and comments and advice to 'correct' the matter. Heaven forbid if you gave a baby boy, dolls or kitchen set as a gift for his birthday; or a girl, a child's fire-fighting kit as a gift for hers. Even the wrapping and ribbon has to be in the stereotyped color. The birthday venue is decorated likewise in balloons and decorations of the desired color.

Beck Laxton, 46, and partner Kieran Cooper in UK decided not to reveal their baby's gender [male] to the world so he would not be influenced by society's prejudices and preconceptions. They allowed him to play with "gender-neutral toys" in their home, they dressed him alternatively between girls' and boys' outfits, leaving friends, playmates and relatives perplexed. They also faced social ostracism and were seen as "loony" by other parents. They revealed the child's gender only after 5 years of age. They felt their efforts were well worth it seeing the child grow up confident in any role and ready to face any challenge.

Very often in literature, movies, TV and commercials, children are depicted in ways which will affect the things they are willing to learn, do, say and respond to. This stereotyping also decreases the girls maths performance and in boys' their verbal performance. Yet studies have shown that parents consistently treat their newborn boys and girls very differently, often in subtle ways.

Research shows that, even from a fairly young age, girls are less confident and more anxious about math and science than boys. In reality these differences in confidence and anxiety are larger than actual gender differences in achievement. These attitudes are important predictors of math performance and math-related career choices later on in life.

The most comprehensive study of 20th century children's books undertaken in the United States has found a bias towards tales that feature men and boys as lead characters. One thing that surprised them was that females' representations did not consistently improve from 1900 to 2000; in the mid part of the century it was actually more unequal. Books became more male-dominated. Of all the stories for children published, only 31 percent had female central characters. Since children's books are a "dominant blueprint of shared cultural values, meanings, and expectations" the authors say the disparity between male and female characters is sending children a message that "women and girls occupy a less important role in society than men or boys." Books contribute to how children understand what is expected of women and men, and shape the way children will think about their own place in the world.

Be mindful that the next time you read 'Cinderella' or 'Sleeping Beauty' to your child, you may be inadvertently passing on the message that girls have to wait for the prince [male] to rescue them from their oppressors and hence they are inherently powerless. Can we pick on empowering stories for both boys and girls on characters who will care for their environment, protect and safeguard others and themselves by the power of their own good acts?


Let us examine the other seemingly harmless ways in which gender biases are promoted. Historically, the use of masculine pronouns in place of generic was regarded as non-sexist and the pronoun 'he' was predominant in literature and rarely 'she' was used. However, it was disturbing to note that invariably children formed gender biases based on these labels. A way out may be by the use of gender-neutral alternatives – such as they, s/he which some authors are consciously using nowadays.

Another way in which sexism has traditionally crept in our collective psyche is by traditional references to roles or professions - such as policeman, actor, poet, stewardess, chairman and homemaker. Invariably the 'policeman' is thought of as a 'man' and 'homemaker' is a 'woman' and not a 'person' of either gender]. This often reflects prejudices of a society which has been universally male-centered and patriarchal. We need to make every effort to modify the situation. We can put pressure on educationists and authors to portray the mother and father to be equally sharing in the housekeeping duties of cooking, cleaning, laundry, child rearing and leisure activities. Make sure that they picturise people of all occupations in a cross- gender manner – eg. depict women pilots, police officers, doctors, mechanics etc and men as cooks, sweepers, teachers, homemakers, beauticians, etc. Ensure your child has those gender-neutral role models in real life too.


Flanagan, J. (March 1, 2013). "The Use and Evolution of Gender Neutral Language in an Intentional Community". Women & Gender.

Here are some tips to raise your kids without gender stereotyping –

Support their choices – Do not discourage children from playing with toys and activities that they prefer, let them take up what they have an interest in. At the same time, if your child is naturally following the stereotypical choices of their gender, let them. A girl who loves to bake cakes and a boy who loves trucks need not be given 'different' things to diversify to prove your own gender evenness. But make sure you offer them several cross-gender alternatives as well. Whether it is a color, toy, dress, activity, friends, school subjects or career choices, do not influence them in a gender stereotypical manner. Ask them to evaluate their abilities and talents. Encourage and respect their choices.

Combating Social and Peer pressure – Many kids make choices in school and going forward, based on what their friends are choosing, even if it isn't something they don't want, they still follow others, just because that somehow makes them feel 'accepted' in their social circle. You can help them remain true to themselves and make choices that make them happy and not something that's taken up to please others.

Dress practically – Just because you have a girl, she needn't be in skirts or dresses all the time. Dress her in shorts or pants when practical and as for boys, there's no need to avoid all 'feminine' colors.

Avoid – toys and activities that are blatantly sexist. Take to social activism and use your clout on social media to influence promoters of advertisements [eg. Barbie dolls and Lego blocks] to include children of both genders equally.

The family unit is the starting point and likely the most significant place for our children to begin developing gender stereotypes — and we should be using this as an opportunity to shape the next generation and not hand down regressive stereotypes. If we don't, we will needlessly bind them in the same stifling loop as our generation and previous generations had to face for both sexes.

To conclude, as parents and caretakers we need to be first of all mindful that we can influence children and change any adverse gender biases which make them less fully functional, both for boys and girls. We need to be more pro-active to reverse the centuries old prejudices for the sake of empowering present and future generations. -