A great deal of evidence suggests that the ability to form a stable relationship begins in infancy, in a child's earliest experiences with a caregiver who reliably meets the infant's needs for food, care, warmth, protection, stimulation, and social contact. Relationships are not destiny, but they appear to establish deeply ingrained patterns of relating to others. Strong relationships are continually nurtured with care and communication. Failed relationships happen for many reasons, and the failure of a relationship is often a source of great psychological anguish. Most people have to work consciously to master the skills necessary to make relationships endure and flourish.

Although relationships can take many forms, certain traits have been shown to be especially important for healthy relationships. Both individuals should feel confident that their partner is willing to devote time and attention to the other, and that they are committed to accommodating the differences and challenges that inevitably emerge. In the 21at century, good relationships are generally marked by a sense of fairness in the distribution of the time, energy, parenting, chores of maintaining a household, etc. Partners also feel grateful for one another, openly provide and receive affection, and engage in honest discussions about sex. In good relationships, partners always afford their 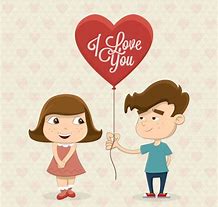 partner the benefit of doubt, which creates a sense of being on the same team in life, a feeling that can help couples overcome many difficulties.

Here are some tips for one of the most common questions I hear - " How do we make our relationship work?"
May your relationship flourish and may you enjoy a fulfilling life together!

My personal favourite quote on relaltionships is the following:
“Let there be spaces in your togetherness, let the winds of the heavens dance between you. Love one another but make not a bond of love: Let it rather be a moving sea between the shores of your souls. Fill each other's cup but drink not from one cup. Give one another of your bread but eat not from the same loaf. Sing and dance together and be joyous, but let each one of you be alone, even as the strings of a lute are alone though they quiver with the same music. Give your hearts, but not into each other's keeping. For only the hand of life can contain your hearts. Stand together, yet not too near together: For the pillars of the temple stand apart, and the oak tree and the cypress grow not in each other's shadow.” ―